Shiatsu in Austria: a Vision for the Future of Shiatsu in Europe 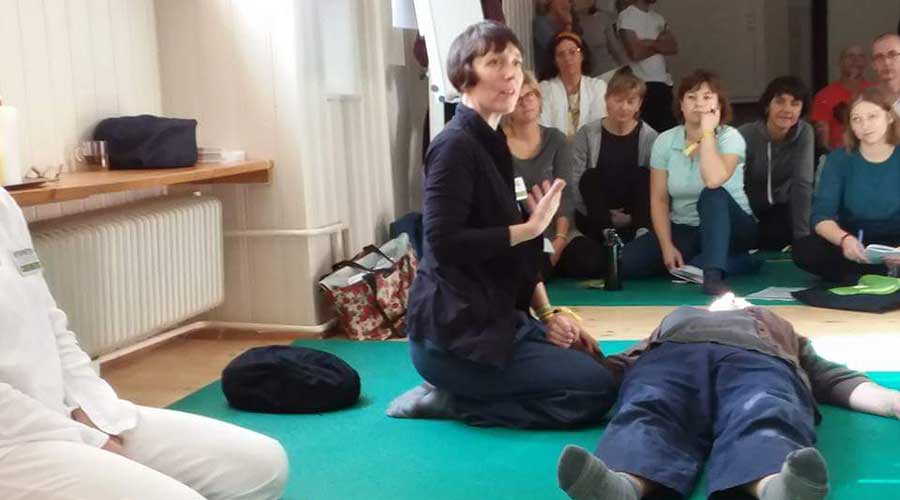 For well over a decade, the professional position of Shiatsu practitioners in Austria has been stable due to a fully anchored legal job description. However, this is not sufficient reason for the Austrian Shiatsu association (ÖDS) to remain inactive and to rest on its laurels in supposed security. In order to explain this statement, I would like to briefly discuss the background to the current situation.

It all began in 1993 with the foundation of the Austrian Shiatsu association (ÖDS). The ÖDS was finally able to gain an independent position for Shiatsu in 2003, despite an unfriendly takeover attempt from the massage profession in the late 1990¹s. Since then, Shiatsu has been a state-regulated "holistically self-contained (massage) system", the practice of which requires the successful completion of a legally established curriculum with at least three years of training. The quality control of this training is de facto in the hands of the ÖDS, whose criteria are in many respects significantly higher than the state requirements.

The professional status of Shiatsu practitioners is therefore well secured so long as the massage profession persists in its present state. Ultimately, however, this foundation is not as secure as we would like it to be, since political deregulation is a constant threat. In the event of deregulation, the current regulations governing access to the practice of massage would probably fall in favour of "free market" conditions. This would mean that the existing Shiatsu profession with its legally binding curriculum would be history. The same danger threatens Shiatsu in Austria in the event of an enforced European harmonisation ­ predictably, the currently high trade regulations and standards in Austria would be forcibly lowered.

For these reasons, and in order to guarantee continued professional security (and transparent quality control for consumers) for its approximately 1,400 members (membership is not obligatory in Austria), the ÖDS is currently aiming for the admission of the profession "Qualified Shiatsu Practitioner" (QSP) at level 6 of the European Qualifications Framework (EQF). This would provide legal security for the qualification acquired through the ÖDS Shiatsu training.

Furthermore, a qualification at level 6 also means equivalence with a Bachelor's degree. This is based on Austria's current efforts to upgrade craft trades to levels equivalent with academic professions. In pursuance of this, all master craftsman's qualifications (e.g. master electrician, master plumber, master car mechanic etc.) were assessed at a flat rate of level 6 in 2018.

The European objective of the Austrian strategy is firmly anchored within that of the European Shiatsu Federation (ESF), of which Austria is a founding member. Here the aim is to establish a comparable training in at least two other EU countries, in order to create the national profession of Qualified Shiatsu Practitioner that could then be practised freely and securely throughout Europe.

Dr. Eduard Tripp
Psychotherapist and director of the Shiatsu Austria in Vienna
Professional and ESF representative in the Austrian Shiatsu Federation (ÖDS)

Stay up to date with news, inspiration & events